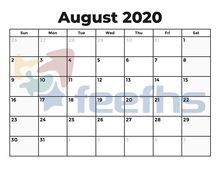 We are excited to give you a sneak-preview of our 2020 conference, held in Salt Lake City from August 3rd – 7th. This year we will offer four simultaneous classes.

Our conference will also include several new speakers, including speakers that haven’t presented for several years, such as Prof. Roger Minert, Kory Meyerink, Janette Silverman, Daniel Horowitz, and Ceil Jensen. The complete list of speakers in alphabetical order is listed at the bottom of this page.

The full schedule (with times and room assignments) will be published very soon.

As in past years, the first two days are taught as hands-on workshops. As of now, we have confirmed the following workshops:

Mapping Your Ancestors: How to Personalize Vintage Maps – Migration, Emigration, and Immigration

So far, we have chosen the following classes:

Germans from Russia: An Overview

Germans from Russia: Locating the Town with Websites and Gazetteers

Coming from the East: Little Known Resources for Tracing Germans from Russia

I have a place name! Now what? Identifying Place Names in the lands of the Austrian-Hungarian Empire

You think FamilySearch has everything? Think twice. Offline sources for Croatian genealogy.

Immigration History: Laws, Documents and the Story Within

Early German Immigration—Where they came from, where they settled, and when they migrated

Has it Already Been Done? German Compiled Records

Introduction to German Phonetics as it Applies to the Spelling of Personal Names (or: “How can Tiefendörfer and Diependerper be the same family?”)

Matricula-online.eu. Even better than Archion.de?

Essential Resources for Research in Pomerania,

Essential Resources for Research in East and West Prussia

Silesia or Schlesien? Which is it? It’s BOTH!

Facebook or FamilySearch Communities? Stumped on how social media may be a benefit to your German research?

What Were You Thinking?

[Classes not confirmed yet]

Speakers for the 2020 conference in alphabetical order (by family name):